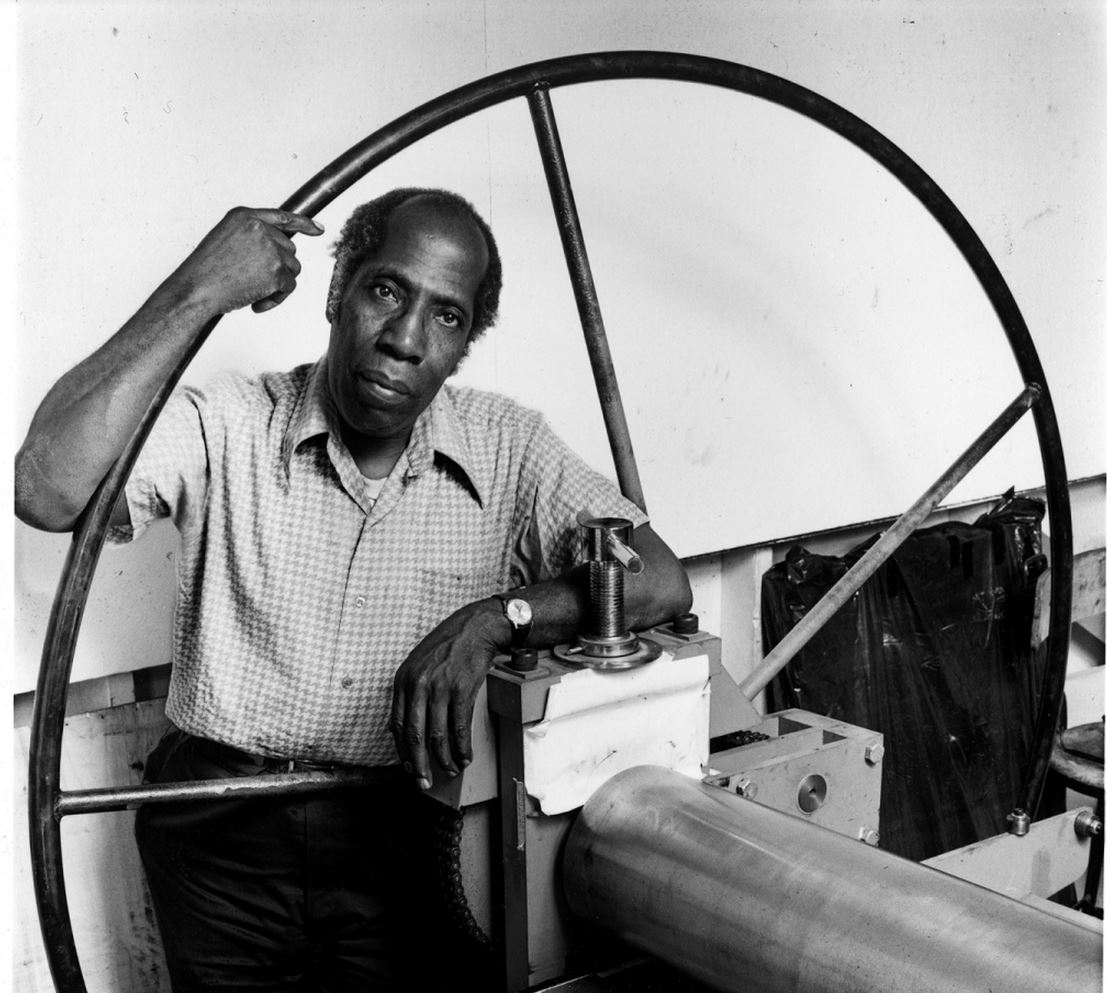 An exhibition celebrating Blackburn’s teaching and artistic legacy in the Black community and beyond
This spring, the Detroit Institute of Arts (DIA), in collaboration with the Smithsonian Institution Traveling Exhibition Service (SITES) presents works from influential Black artist and master printer Robert Blackburn. Open March 20 through September 5, 2021, Robert Blackburn & Modern American Printmaking brings together more than 75 works, including Blackburn’s lithographs, woodcuts, intaglio prints and watercolors as well as original prints by other iconic artists with whom he collaborated, such as Romare Bearden, Elizabeth Catlett, Grace Hartigan, Robert Rauschenberg and more. Together, they form a picture of an artist who consistently innovated, while encouraging and inspiring the work of others. This exhibition is included with general museum admission, which is free for members and residents of Macomb, Oakland and Wayne counties.
A key artist in the development of printmaking in the United States, Blackburn became known as an influential teacher and master printer, engaging with avant-garde artistic ideas while promoting a new collaborative approach to a traditional medium. The exhibition traces Blackburn’s artistic evolution, together with prints by other American artists with whom he collaborated.
“For more than five decades, Robert Blackburn ran a workshop open to everyone. His printmaking knowledge and skill were legendary, and his generosity opened printmaking to generations of artists from all over the world,” says Clare Rogan, the DIA’s curator of prints and drawings.
Programming for Robert Blackburn & Modern American Printmaking includes a virtual lecture by Smithsonian guest curator Deborah Cullen-Morales who will discuss the inspirational life of Blackburn, and the many ways the artist’s accomplishments and values resonate today. This event will be free, streaming on the DIA’s Facebook and YouTube pages on April 13 at 5:30 p.m. For more information, visit dia.org/AheadofHisTime.
Blackburn was born to Jamaican immigrants and grew up in Harlem during the Harlem Renaissance, a time of flourishing arts centered in New York City’s creative Black community. During this time, the arts were considered crucial to the well-being of society, as well as a medium for activism. This period’s values resonated with Blackburn throughout his life and work. In 1947, he founded a printmaking workshop as a welcoming space where artists of any level could learn and create together, and it remains in operation to this day.
Robert Blackburn & Modern American Printmaking is organized by Smithsonian Institution Traveling Exhibition Service (SITES) and curated by Deborah Cullen-Morales, in cooperation with the Trust for Robert Blackburn and The Elizabeth Foundation for the Arts’ Robert Blackburn Printmaking Workshop Program. This exhibition is supported by a grant from the Henry Luce Foundation and funding from the Smithsonian’s Provost Office.
At the Detroit Institute of Arts, major funding is provided by the DTE Foundation. Additional support is given by Rhonda D. Welburn. All museum visitors must make an advance reservation by phone at 313.833.4005 or online at https://ticketapp.dia.org