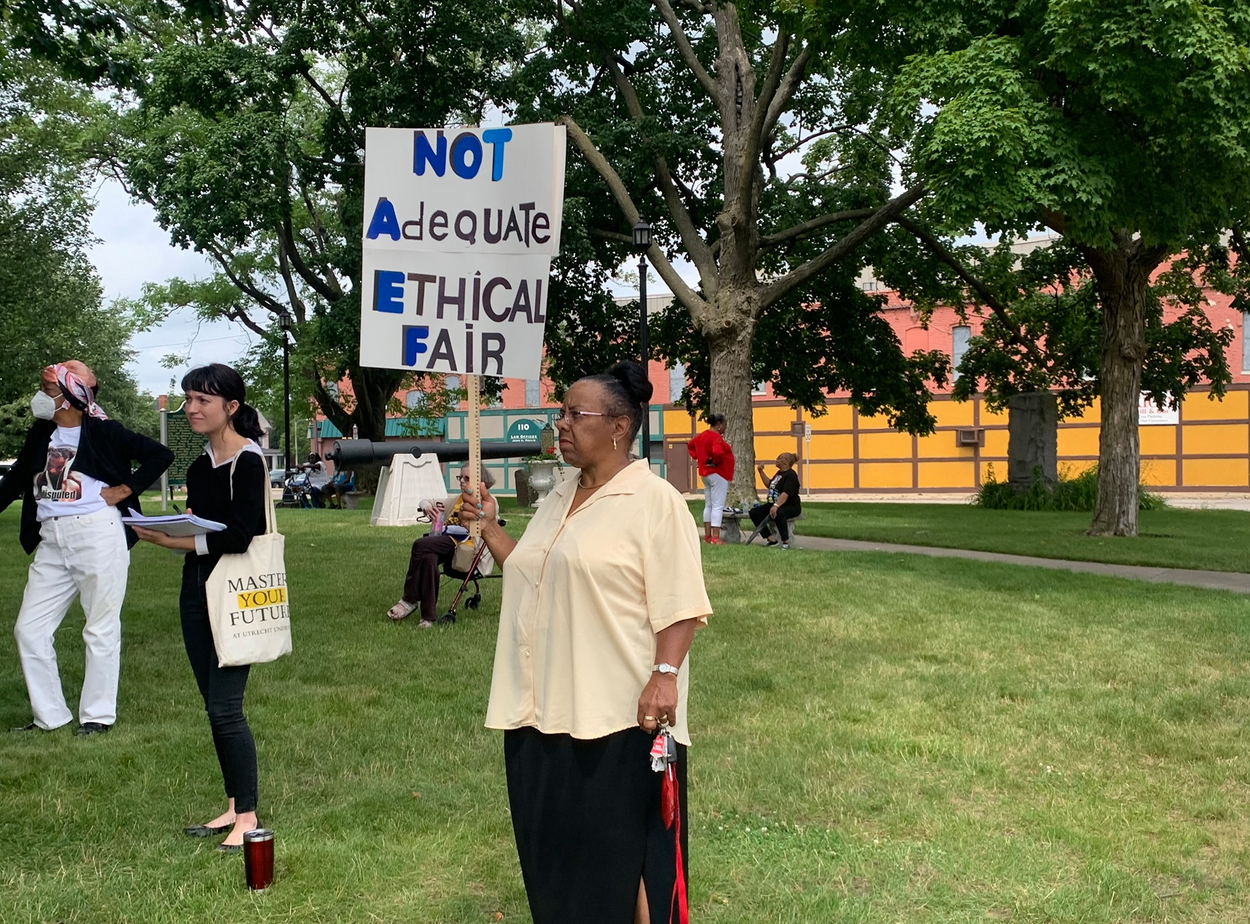 Community members and advocates rallied outside the Genesee County Courthouse during the second day of testimony regarding the fairness of the $641 million Flint water crisis settlement. The case is being heard by U.S. District Court Judge Judith Levy.
The rally was aimed at creating awareness for the substantial legal fees being requested by the plaintiff’s’ lawyers, which accounts for $202 million. Under the settlement agreed to by the State of Michigan, thousands of Flint victims would receive less than $20,000 each, while nearly one-third of the $641 million settlement would go to attorneys – the largest amount of legal fees ever granted in Michigan.
“After years of litigation, the court has set aside three days this week to hear objections to the $641 million settlement to the Flint water crisis. These objections, if they’re successful, could bring the people of Flint tens of millions of dollars more for health care and other necessary expenses,” said Robert Dorigo Jones, president of Michigan Lawsuit Abuse Watch. “One of the main objections people have is the record amount of money the plaintiff lawyers want to take from the settlement and therefore from the people of Flint.”
Former Flint Mayor Dr. Karen Weaver, who served as mayor during the water crisis, is interim director of the African American Mayors Association and holds a PhD in clinical psychology. A leading opponent of the settlement, Weaver spoke about the time and costs associated with diagnosing every child for symptoms of lead poisoning.
Weaver said, “I am asking you (Judge Levy) to reevaluate and reconsider this settlement and do right by the people of Flint. We want and deserve justice!”
Frank Bednarz, an attorney with the Center for Class Action Fairness, is representing members against, what he calls, “an excessive fee request over billing Flint residents up to ten-fold more than a corporation would pay, and work not in their common best interests.” The Center for Class Action Fairness agreed to provide free services to Flint residents.
Saints of God Church Pastor Alfred Harris, who also serves as president of the Concerned Pastors for Social Action, has led the fight for a fair settlement in the Flint water crisis.
“I believe attorneys need to be paid, but $202 million is excessive,” said Harris who has been affected by lead poisoning. “It would be better served to have much of the attorney fees thrown into the lifetime care of those affected.”
The full July 13 rally in Flint can be viewed at lawsuitfairness.org, where more information about Michigan Lawsuit Awareness Watch’s work on the Flint water crisis and other issues can be found.