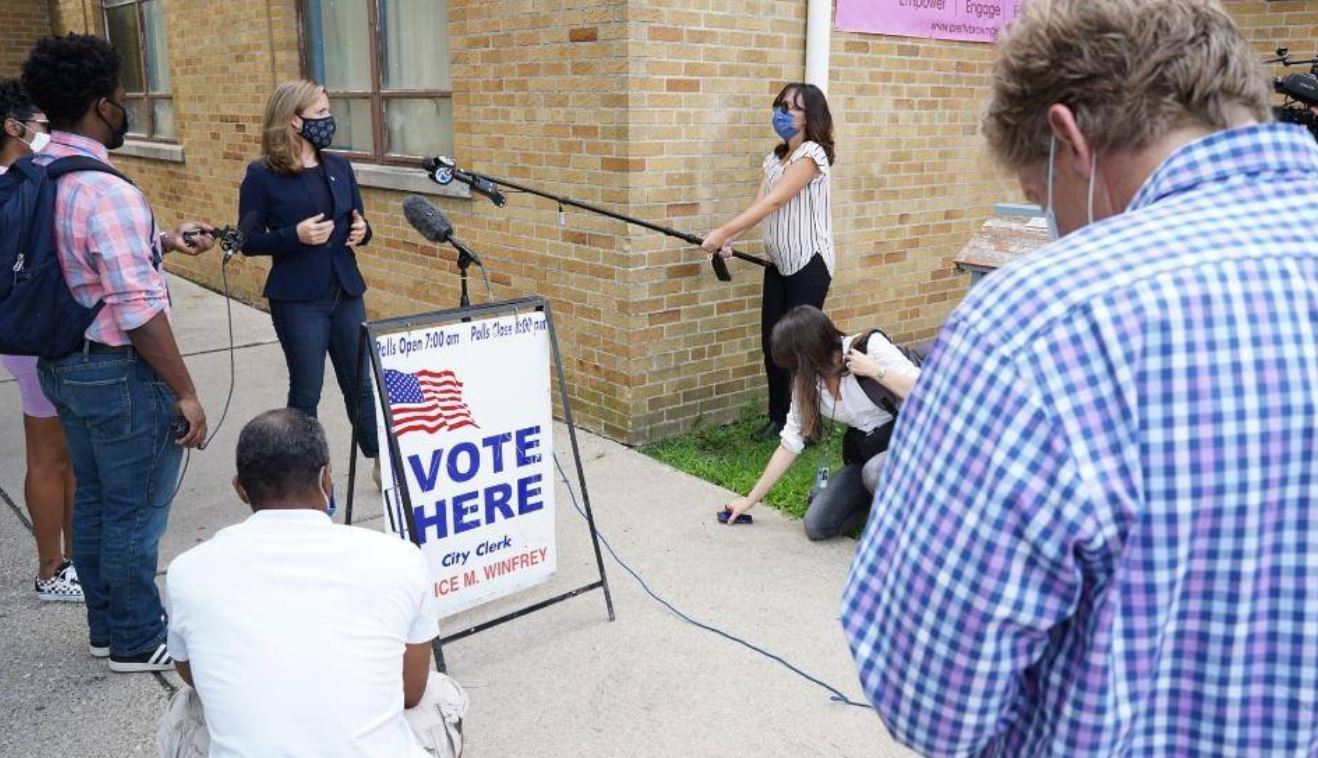 Picture from Michigan Secretary of State

Michigan saw record-breaking turnout in Tuesday’s primary election while still operating polling places across the state that remained clean, calm and safe throughout the day.

In all, more than 2.5 million voters cast ballots in the primary, breaking the previous record for an August primary set in 2018 when 2.2 million people voted. Yet, because a record breaking 1.6 million ballots were absentee – more ballots were cast by mail, at a drop box, or at a clerk’s office than in any election in Michigan history – polling places across the state ran smoothly on Tuesday, with few if any lines, and distancing protocols that prevented crowding.

“The success of the primary proved once again that Michigan can hold safe, accessible, secure and on-schedule elections during the pandemic, and this will serve as our blueprint for the presidential election,” said Michigan Secretary of State Jocelyn Benson. “

Two Michigan laws — one preventing the processing of absentee ballots before polls open and the other requiring ballots to arrive at clerk offices or drop boxes by 8 p.m. on Election Day — could cause significant delays in November and disenfranchise thousands of voters. Benson and clerks across the state have repeatedly pressed the lawmakers to make fixes, but despite bills being introduced to tackle both problems, and bipartisan support for the bill that would allow absentee ballot processing prior to election day, neither bill has received a vote.

“I want to thank Secretary Benson and our local clerks for the hard work they did to ensure Michiganders could participate in this election safely,” said Governor Whitmer. “This record-breaking election proves once again that Michigan and states across the country can ensure voters’ ability to participate in a way that protects themselves, their families, and the brave men and women on the front lines of this crisis. I look forward to continuing to work closely with Secretary Benson as we look toward the election in November.”

It’s easier for Michiganders to ‘Mask Up, Mask Right’ with free KN95 face coverings to protect them from COVID-19

The primary demonstrated clearly that these laws must be changed. Many of the boards counting absentee ballots did not finish until early Wednesday morning, and results were not in from all counties until Wednesday evening, more than 24 hours after polls closed. Additionally, as of Wednesday, more than 10,000 absentee ballots had been rejected, a number that is expected to climb on Thursday and in following days. It had not yet been determined how many of those rejections were due to late arrival, but this was the cause of more than half the rejections in the March primary.

Turnout is expected to increase dramatically in November, and already 2.4 million Michiganders are on a permanent absent-voter list or have requested to have their November ballot sent to them by mail. Unless lawmakers act now, the result could be the disenfranchisement of tens of thousands of Michigan voters, and the nation waiting days for Michigan results in order to determine the outcome of the presidential election.