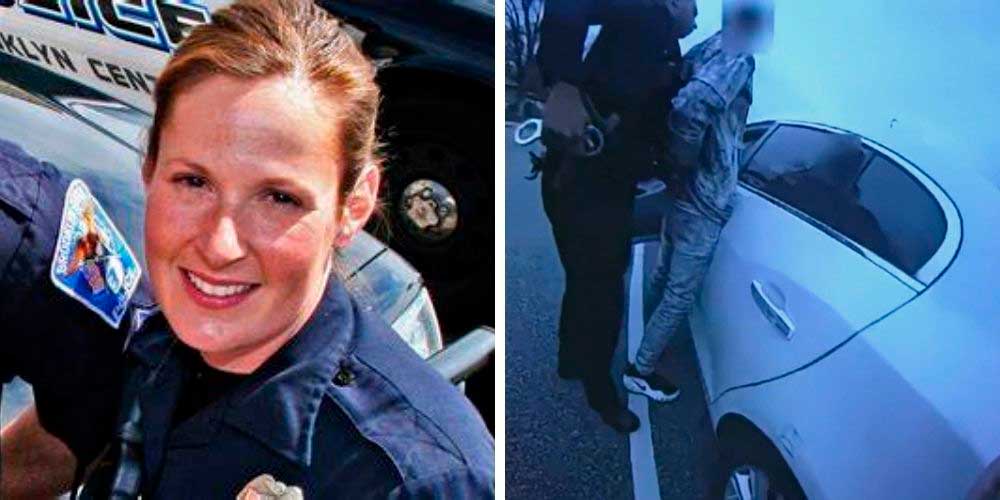 BROOKLYN CENTER, Minn. — A Minnesota prosecutor said Wednesday that he will charge a white former suburban Minneapolis police officer with second-degree manslaughter for killing 20-year-old Black motorist Daunte Wright in a shooting that ignited days of unrest and clashes between protesters and police.

The former police chief has said that Potter, a 26-year veteran and training officer, had intended to use her Taser on Wright but fired her handgun instead.

However, protesters and Wright’s family members say there’s no excuse for the shooting and it shows how the justice system is tilted against Blacks, noting Wright was stopped for expired car registration and ended up dead.

Potter, 48, resigned from the Brooklyn Center Police Department on Tuesday as did Police Chief Tim Gannon.

Gannon had released Potter’s body camera video the day after Sunday’s shooting. It showed her approaching Wright as he stood outside of his car as another officer was arresting him for an outstanding warrant.

The warrant was for his failure to appear in court on charges that he fled from officers and possessed a gun without a permit during an encounter with Minneapolis police in June. Police said he was pulled over for having expired registration tags.

The charging decision was announced as the trial of former Minneapolis police Officer Derek Chauvin progresses in the death of George Floyd. Floyd, a Black man, died May 25 after Chauvin, who is white, pressed his knee against Floyd’s neck.

Brooklyn Center Mayor Mike Elliott had said he hoped Potter’s resignation would “bring some calm to the community,” but that he would keep working toward “full accountability under the law.”