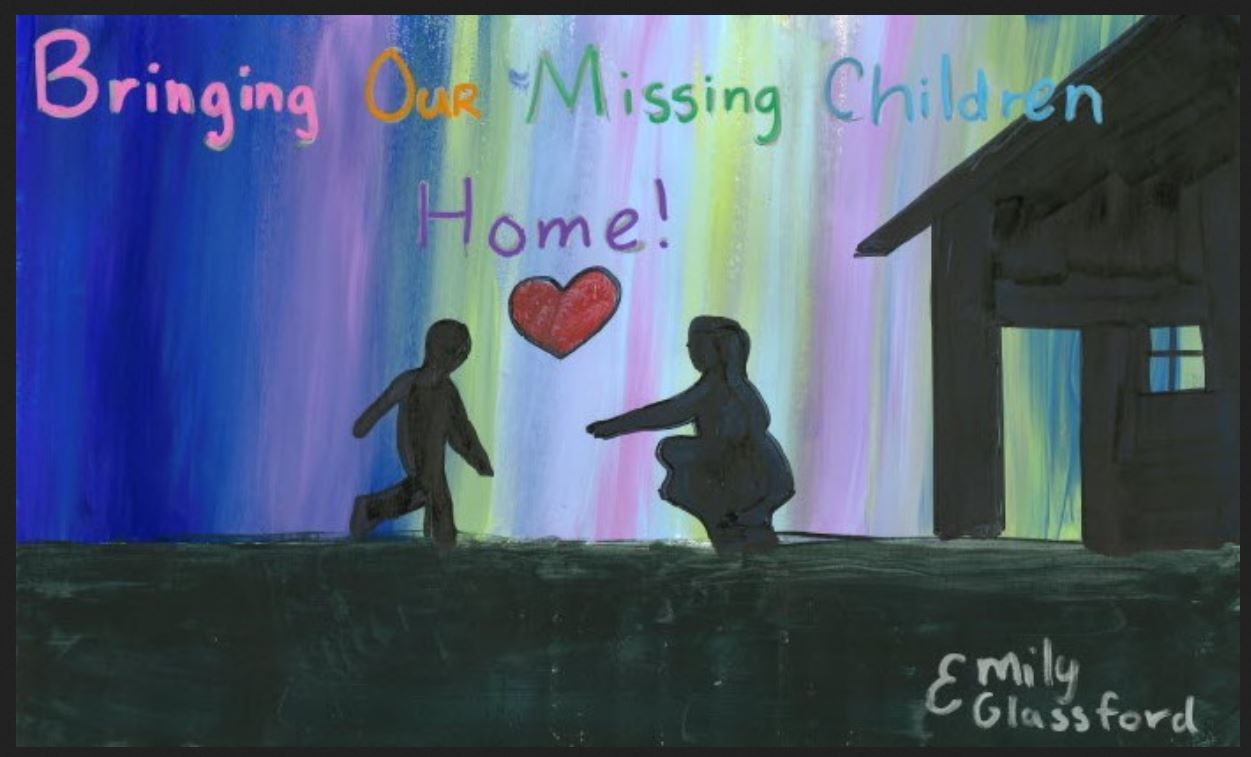 The Michigan State Police (MSP) Missing Persons Coordination Unit is pleased to announce a Michigan student has been named the first runner up in the 2021 National Missing Children’s Day Poster Contest. Today, Tuesday, May 25, is National Missing Children’s Day.
Emily Glassford, a fifth-grade student at Almont Elementary in Almont, placed second overall nationally in the National Missing Children’s Day Poster Contest, a contest supported by the Office of Juvenile Justice Delinquency and Prevention (OJJDP) to raise awareness for missing children. There were more than 800 submissions nationally.
Glassford was first chosen as the Michigan winner and moved on to compete nationally. In total, more than 40 students entered the contest statewide. Other top winners from Michigan include second place winner Clover Nash, also from Almont Elementary, and third place winner Torey Robbins from Brown Elementary in Saint Joseph.
The annual contest creates an opportunity to promote child safety while discussing the issue of missing and/or exploited children. More than 900 children are currently reported missing in Michigan.
This is the first time a Michigan student has received the first runner up honor. Previous national winners include Sydney Kekel in 2015 and Eden Hoffmann in 2018.