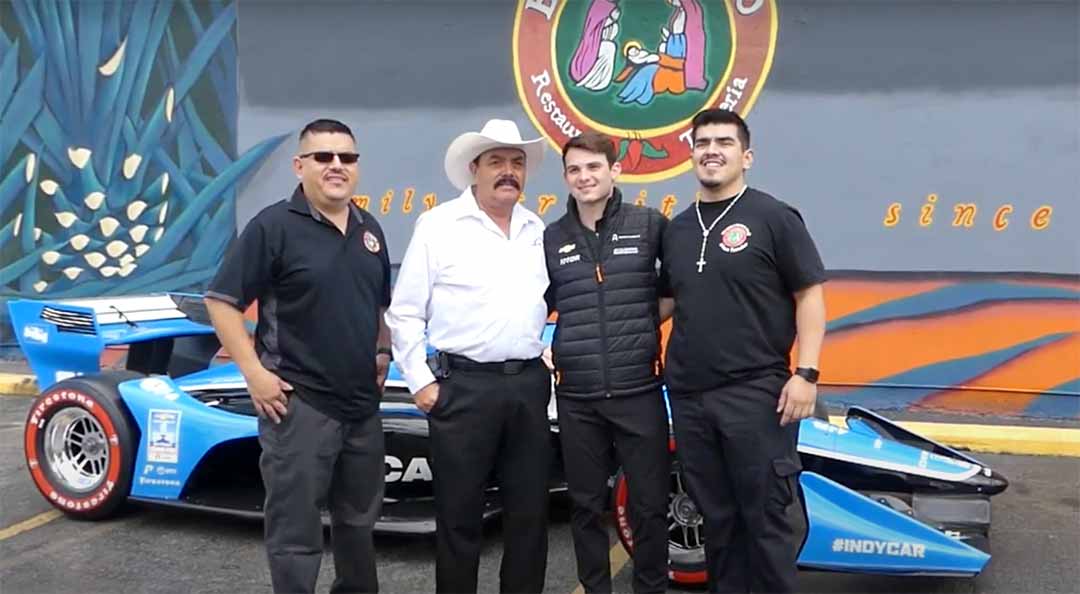 The Michigan Hispanic Chamber of Commerce held a press conference to welcome Pato O’ward to Detroit.

Pato assured that he and his team are ready to face what’s ahead following a successful start this year. “We had our first win as a team a few days ago, then we’re just getting into the month of May which is one of the most intense and crazy months on the calendar with the Indy 500, and then we come to Detroit at the beginning of June.”

Pato spoke to local media about his plans for the future and the Detroit Grand Prix coming up in June at Belle Isle. “We are in a very good position to compete for the championship by winning races. We are doing well, I got a fast car and I just have to be sure to do my job well”, he stated.

The Mexican driver, who is projected as the next IndyCar superstar after his historic victory in Texas, talked about the great responsibility that comes along with his racing life.

“I’m glad that people attend the races, that they have a good time but more than anything else that they are happy to see a fellow countryman succeed. We are in a very competitive division, in a very demanding sport that involves many efforts, many hours of work not only from me, but also from the engineers, the team mechanics, from all those who are part of the team. We all make many sacrifices to win,” concluded Pato.