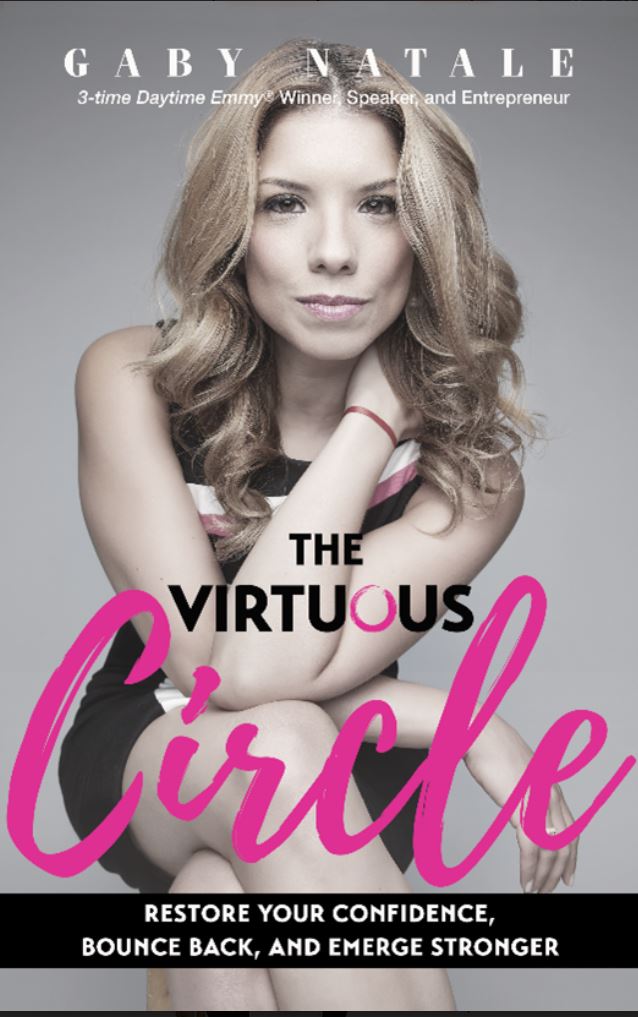 3-time EMMY Award winning journalist, speaker, and entrepreneur Gaby Natale is breaking barriers by becoming the first Latina to be published by HarperCollins Leadership with the release of her book The Virtuous Circle which hits stands on January 5th, 2021. By partnering with HarperCollins Leadership, Natale is the first Hispanic author to join an impressive roster of bestselling names including John C. Maxwell and Rachel Hollis, among others.

The Virtuous Circle is based on a provocative premise: talent and connections do not guarantee a path to success. What is it then that sets top achievers apart from everybody else? Gaby Natale, host of the award-winning talk show “SuperLatina”, has created a system of 7 immanent archetypes that, once activated, create a clear path to achievement. Based on a decade of interviews with extraordinary world leaders from different disciplines, such as well being guru Deepak Chopra, bestselling author Isabel Allende, and rock legend Carlos Santana, Natale breaks down their stories to discover how they channeled their inner strengths to best work for them. The book not only gleans the road-to-success stories of news makers across the globe but also Natale’s improbable path from unemployment in her native Argentina to becoming a 3-time Emmy award winning media personality and entrepreneur in the United States. Pushing boundaries is intentional for Natale, who also pioneers by becoming one of the few foreign-born authors to narrate their book in English.

And she uncovers the secrets of an overlooked but powerful ability that can be learned; the capacity to see ourselves not only as who we are, in our particular circumstances, but also as who we can become. After a tumultuous year in 2020, The Virtuous Circle gives readers the powerful tools to reach their full capacity in 2021. The book’s pub date is January 5th, 2021.

Natale is an Argentinian-Italian-American journalist, author, entrepreneur, host, and executive producer of the TV program “SuperLatina” which airs nationwide on PBS’s VME TV. She has won three Daytime Emmy Awards for Outstanding Daytime Talent in a Spanish Language Program and Outstanding Entertainment Program in Spanish. She is one of the few women in the entertainment industry who owns not only the rights to her TV show but also a television studio. In the digital world, Gaby has developed a thriving fan base, with over 52 million views on YouTube and 200K+ followers on Social Media. She is also the co-founder and President of AGANARmedia, a marketing company with a focus on Hispanic audiences. AGANARmedia’s clients include Fortune 500 companies such as Hilton Worldwide, Sprint, AT&T, Ebay and Amazon, to name a few.