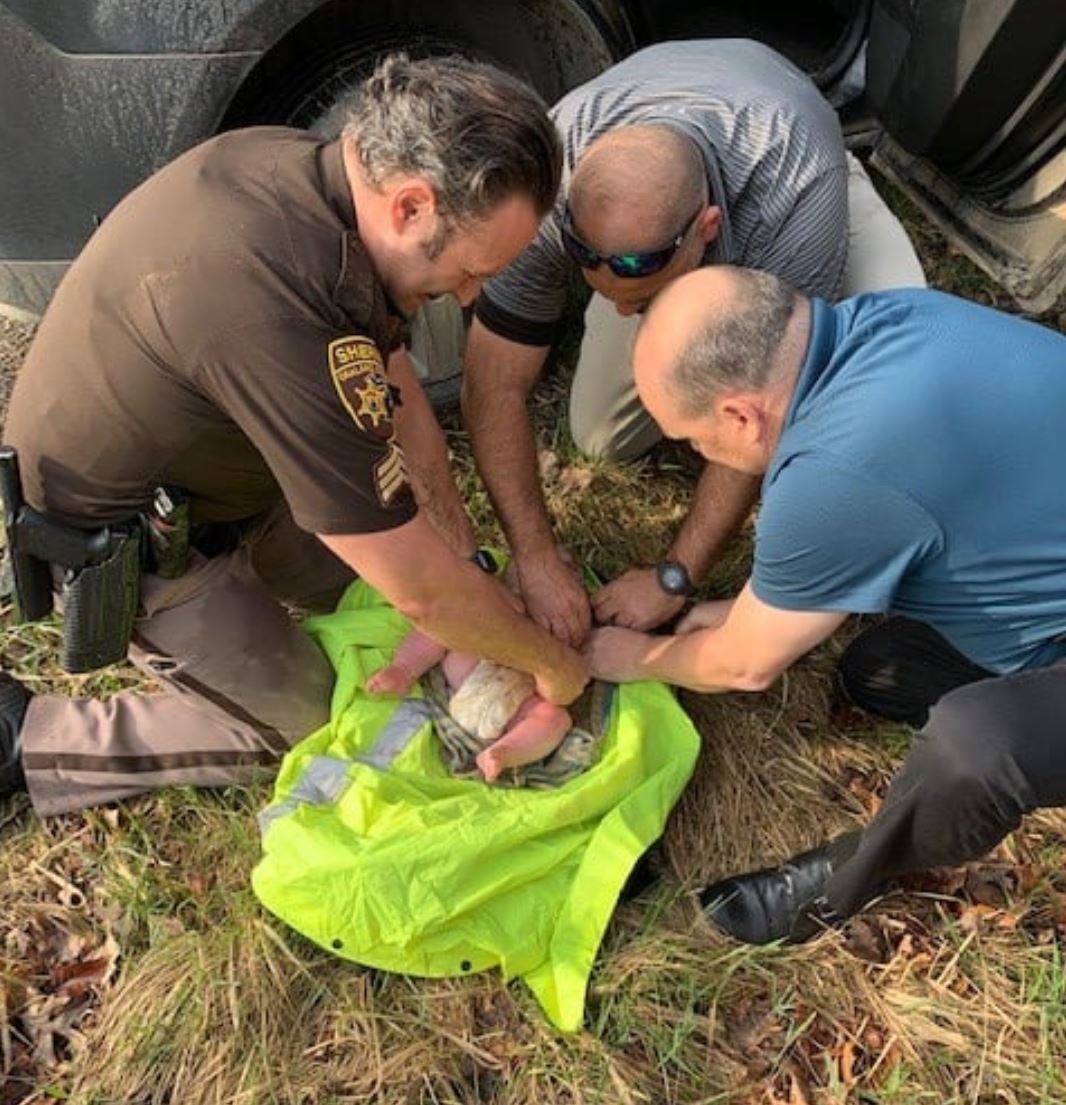 A 4-month-old baby boy is in good condition today after he was found during a search by Oakland County Sheriff’s Deputies lying face down in a wooded area on the banks of an Orion Township creek.
The baby was in a hypothermic state when he was found in an area near Waldon and Joslyn roads. Deputies removed the baby’s wet sleeper and wrapped it in warm blankets before he was taken to St. Joseph Mercy for further treatment and observation. The child is expected to be kept overnight at the hospital and is in the care of child protective services.
“Thankfully, deputies were able to determine a baby was missing, which triggered an immediate large response and search, and they were able locate the child,” Sheriff Michael Bouchard said. “Their quick work avoided what could have been an unspeakable tragedy.”
Deputies were sent to the area of Waldon and Joslyn roads at 8:35 a.m. today after receiving two 911 calls from neighbors close by regarding a lone woman who was hiding in the bushing and ringing their doorbells. The residents said the woman appeared distraught and said she believed someone was chasing her with guns. When Deputies arrived – and the woman was no longer in the area – staff from Waldon Middle School reported that a frantic woman was pounding on the locked doors of the school.
Deputies found the 37-year-old Orion Township resident and began interviewing her while trying to calm her. Despite being given some information they did not believe was accurate, they learned the woman had an infant son. Deputies also noticed she had burrs on her pants, suggesting she may have been in a field or wooded area.
Deputies estimated the best location where the mother may have been and began searching in a one-mile grid between the woman’s home, the school and the neighbors who had reported the suspicious activity. A Sheriff’s K-9 unit was also summoned to assist. In all, 13 Sheriff’s patrol cars were dispatched to the area and the Sheriff’s drone and aviation unit were in route.
Thirty minutes after learning the infant was missing, deputies discovered him in the wooded area, cold and wet but breathing. Deputies quickly stabilized the child with the help of Orion Township emergency medical personnel. It is unclear how long the infant had been in that location.
Deputies believe the case may involve prescription drug abuse. A warrant is being sought for the mother’s arrest on suspected child abuse.