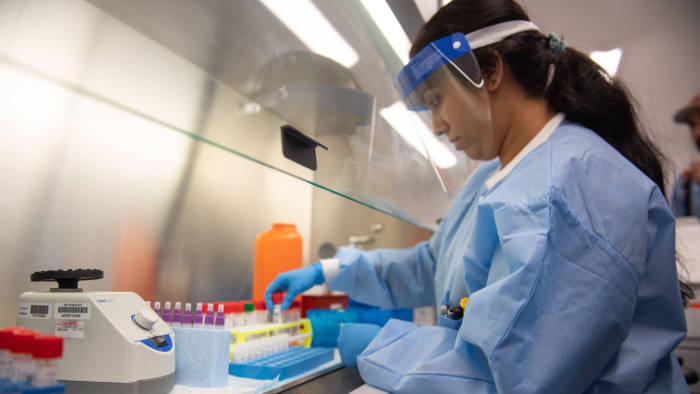 Food Service to Children Continues Through the “Stay Home” Order

The number of confirmed cases of the coronavirus (COVID-19) in Michigan has risen to 2,295 as of Wednesday, including 43 deaths, state officials report.

As of 2 p.m., the total number of confirmed cases has reached 2,295, according to the state, an increase of 507 cases since Tuesday, the biggest single-day increase to date. The death toll increased by 19.

For reference, Monday’s final total was 1,328 confirmed cases. A majority of the confirmed cases and reported deaths are in Wayne and Oakland counties.

It is important to note that while the number of cases is going up, it does not mean social distancing is not working. People who are testing positive now could have been exposed to the virus several weeks ago, and many people don’t show symptoms for several days.

It will take weeks to see the results of the stay-at-home order and other social distancing measures that have been put in place. Additionally, the state is still reporting results from a backlog of tests.

The state updates its totals at 2 p.m. daily. The numbers often do not reflect an individual county’s case count because the counties may report confirmed cases a day earlier than the state. The state is now reporting positive tests as of 10 a.m. on the same day.

For most people, the new coronavirus causes mild or moderate symptoms that clear up in two to three weeks. For some, especially older adults and people with existing health problems, it can cause more severe illness, including pneumonia and death.

More than 435,000 people worldwide have been infected and the number of dead closed in on 20,000, according to the running count kept by Johns Hopkins University. Overall, more than 100,000 have recovered.

Food Service to Children Continues Through the “Stay Home” Order