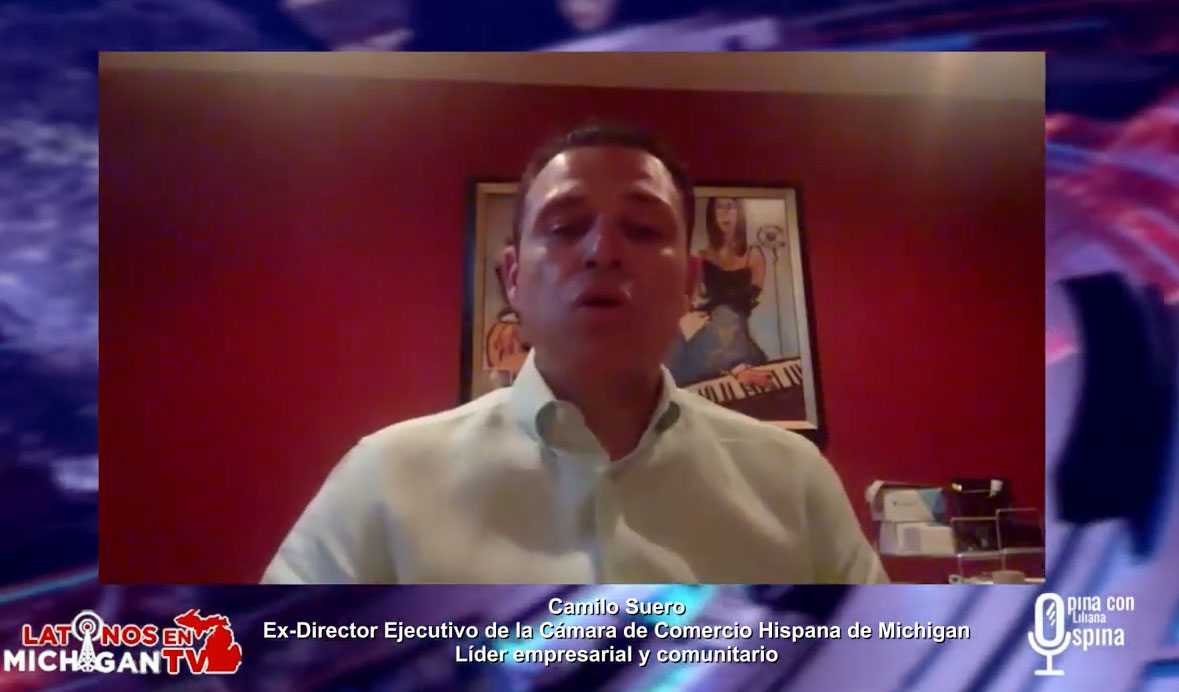 LMTV spoke to Camilo Suero, Business and Community Leader, and Former Executive Director of the Hispanic Chamber of Commerce of Michigan (MHCC), who told us his story and gave us his perspective on entrepreneurship and the business landscape in the Hispanic community.

He is proud to be half Cuban and half Dominican, and carries Latino culture as part of his heritage, and has always had a special connection to Detroit. “From a young age, I came to Michigan on vacation, and in ’95, I decided to come and do my postgraduate studies here.”

From that moment he realized the importance of preserving the Hispanic culture, because, as he says, “when we come to the United States, we are no longer Cuban, Dominican or Colombian, we are Hispanic, we are Latino, and we must integrate those individual cultures, and turn it into a global Hispanic culture that adapts to local values ​​and lifestyle. In this way, we put “flavor to the soup” of American culture. “

From his experience as a former Director of the Michigan Hispanic Chamber of Commerce, and now as a Business and Community Leader, he empowers Hispanic business development. For him, Hispanics in the state are the population that creates the most businesses and new ventures: “Although we are 5% of Michigan’s population, we are the ones who create businesses at a rate four times faster than other groups.”

However, he emphasizes that although Hispanics regularly start new business ventures, “we are the ones that fail the fastest or do not grow so fast.” One of the causes is that the Latino population lacks business education in essential aspects such as managing finances or access to capital or financing.

His advice to all Hispanics who want to start or are already running their company is that they should take advantage of the resources that institutions such as the Michigan Hispanic Chamber of Commerce or other government entities offer. “It is important for people to be trained, learn to do business, and especially to interact with other entrepreneurs in the community.”

For him, businessmen must relate to others and “Network.” As the word says, networking allows making connections that will make it easier for entrepreneurs not only to sell but also to meet other people, have the opportunity to look at the local market, train and learn from different developments among industries and sectors.

Camilo, who is a son of Latino biculturalism and who has integrated himself entirely into the American culture, highlights that “it is important to teach our children the beauty of our roots, and thus be able to blend with the whole world, without creating barriers or distancing ourselves, that we are proud of who we are and where we come from.”