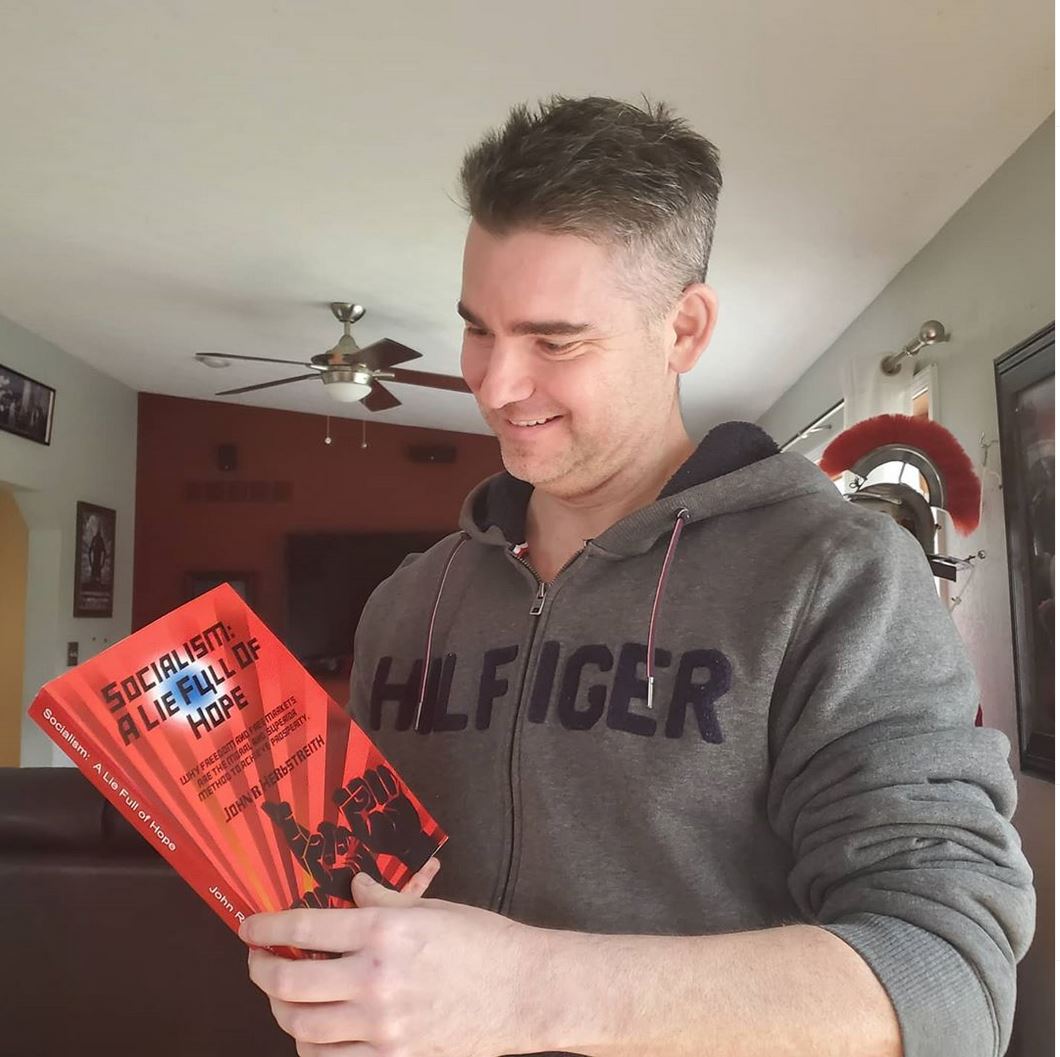 Socialism: A Lie Full of Hope

As a personal project to raise awareness of the dangers of socialism, and the misunderstandings surrounding free markets, an MBA and veteran of the US Air Force, spent 2½ years creating the book “Socialism: A Lie Full of Hope.”

Michigan Native John Herbstreith, is not a career politician, gaining from his position in government. On the contrary, he is a man who enlisted in the US Air Force and served in South America, Asia, and later in Europe. He went on to start a small business, obtain his university degrees in Electronic Science, as well as a Bachelor and Master’s Degree in Business Administration while working full time to sustain to his family.

For Years John has listened as he was told that capitalism had failed the average American. He heard of how FDR had saved America from the Great Depression. He listed to the old adage that the rich just keep getting richer at the expense of the poor. He watched as a growing chorus of journalists, politicians and celebrities proclaimed that socialism was the only fair system. So, he decided to research the topic, and write a book showing the disparities between socialism and capitalism. He would spend about 2.5 years writing his book late into the night; after working his regular job, and spending time with his family.

“We’re told that the American dream is dead, and that the youth of today must find a newer and better method if they hope to survive the ruined legacy left by their progenitors. All we have to do to find peace, to find equality, to end sexism, to save the planet, to end racism, to find utopia, is change our course from a free market to a socialist market where the government can use administration to steer us on the right economic and moral path.”

This book offers some explanations as to why so many people are turning to socialism. It focuses mostly on understanding the economics, and why socialism falls short of a free market. It discusses how the bias has become so pervasive that it surrounds nearly every aspect of our daily lives. It looks at the reality of outcome, comparing historical and current events that are rarely covered in a fair manner by other sources. We’ll look at the hypocrisy of America’s “new” democratic socialists.

According to Herbstreith, more than ever people align themselves with the idea of socialism, as their frustration grows through endless media engagement. “The media faun over politicians like Bernie Sanders and Ocasio-Cortez for their anti-capitalist message. Hate filled, divisive, virtue signaling rhetoric, is often ignored by many in the media that agree with a socialist spin.” For Herbstreith it’s a deliberate message spread by television, bias web results, streaming platforms, college professors, the news, politicians, as well as Hollywood.

“Yet, despite all of the fanfare, socialism offers nothing new. It’s regurgitated, hollow promises and broken ideas are fueled by emotion, and filled with envy, packaged in easy to chant slogans. Even though history shows the outcome, socialism’s gaining ground with the people that need free markets the most by claiming the failures weren’t ‘real’ socialism. Unfortunately, many well-meaning people have come to believe its siren song.”, said Herbstreith

In Socialism a Lie Full of Hope the reader will discover some of the basic freedoms that people lose as a hive mindset replaces the individual at the center of our society. “I explain why the free market is actually the proven, and more moral system. While I do this, I bypass the complex trappings associated with economic and political study through the use of simple statistics, economics, history, current events, and personal stories.”

As a father, veteran, MBA, classical liberal, and an all-around history and economics nerd, John Herbstreith felt compelled to speak up about the failures of Socialism. “Our future depends on others understanding basic economics and the dangers of socialism. We need to discuss the truth of what free markets and socialism have accomplished. I add perspective to the accomplishments of capitalism; historical achievements lost in propaganda and misunderstanding.”

“Please join me in spreading the reality of socialism and capitalism before the promotion of free thought, and the free exchange of goods and ideas, is a relic of the past!”

For More information about John Herbstreith or his book, please visit: https://johnherbstreith.com.

Socialism: A Lie Full of Hope