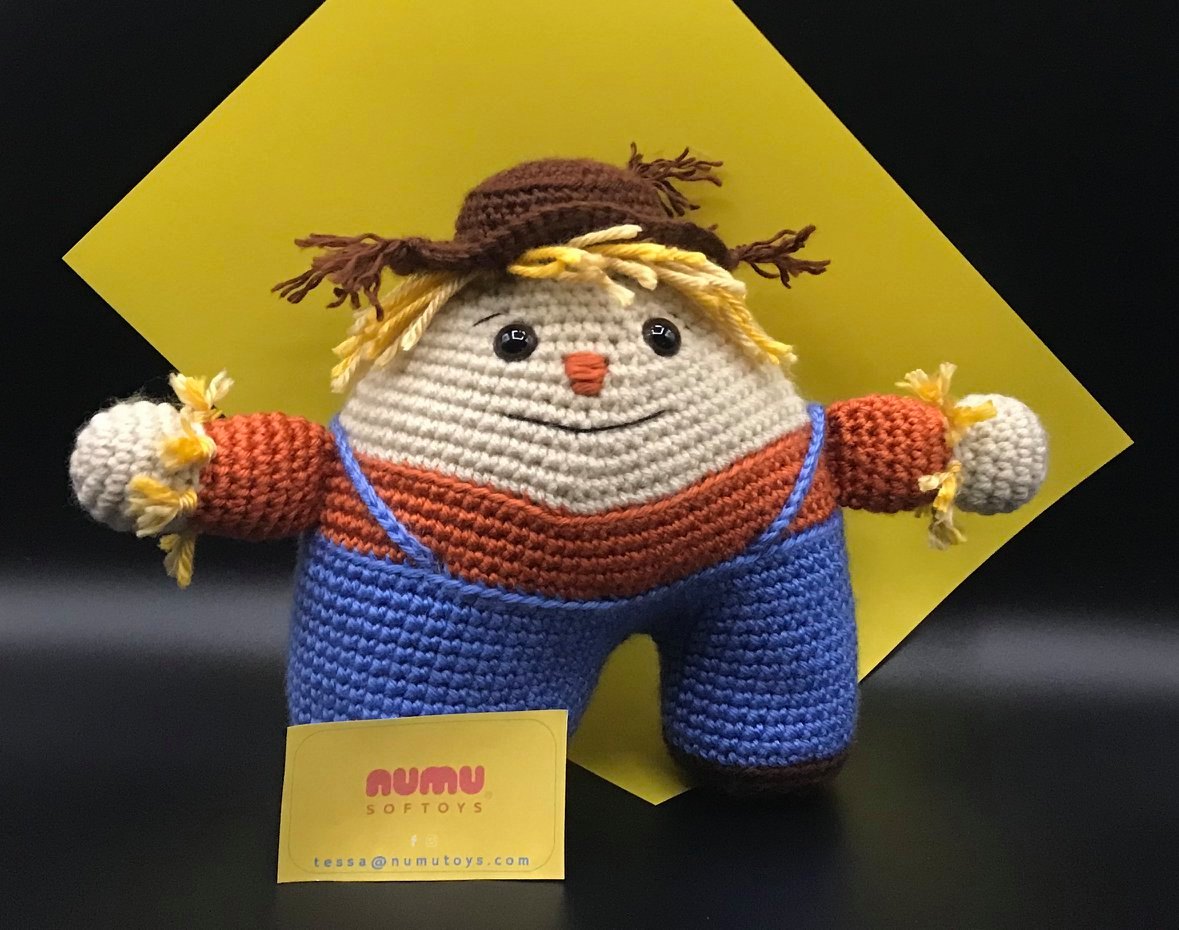 After a terrible tragedy that left part of her body paralyzed, Teresa Cedrun, broke all predictions that doctors had given her and recovered the mobility of her right hand, then started Numu toys.

According to Teresa, she started the project following a rehabilitation, since her right hand didn’t work. Little by little, she improved, after the doctors had told her that she was no longer going to recover mobility in that hand.

Teresa says doctors gave her the sad news in Mexico, her home country. “There is nothing we can do because your connections were burned,” said Teresa.

However, when doctors told her there was nothing to do, she felt there was divine intervention as she got a message from beyond while dreaming of her mother, who had died years ago.

“I dreamed once with my mother, who told me to start knitting, since as a child she taught me how to knit, and then I started and could not even make a knuckle, but time passed and I started with the yarn and so little by little,” said Teresa.

However, Teresa says that to obtain mobility in her hand, for several years she had to endure intense pain every time she worked with the knitting needle.

“So that I didn’t have pain, it was almost four years of constantly weaving to make good handwork . Now I write perfectly, and I can grab things because I regained fine psychomotor skills and can be self-sufficient with the right hand,” she said.

However, although Teresa spent two years in bed, she began to make scarves and blankets. She soon got tired of knitting the same thing, and looking for options, she found amigurumi tissues online, which is a trend of Japanese fabric that consists of knitting small dolls using crochet techniques.

“Well, it’s more complicated because you have to be thinking and counting to go to one side and the other, to create figures, and that’s how Numu was created later,” she said.

Numo is the entrepreneurship project and reinvention of a Mexican immigrant, who seeks to brighten the lives of many children.

“Numu means new world, which was like reinventing myself because I’m an engineer by profession.”

Over time she began to make her own patterns; “My dream was to have a doll, but with clothes, and then I contacted a friend from my childhood, who is a couture designer and she started making dresses for my dolls.”

According to Teresa, she crochets by conviction, and each of her dolls has a differential aspect as one leg is fat, and the other is thin “that’s the meaning of Numu’s N.”

But also, their toys are hypoallergenic, stuffed with cotton so they can be washed in the washing machine and dried in a dryer, and nothing happens because they are made in crochet.

If you are interested in supporting Teresa’s project, she sells her dolls at different community events in Michigan or through the Internet on the website https://www.numutoys.com