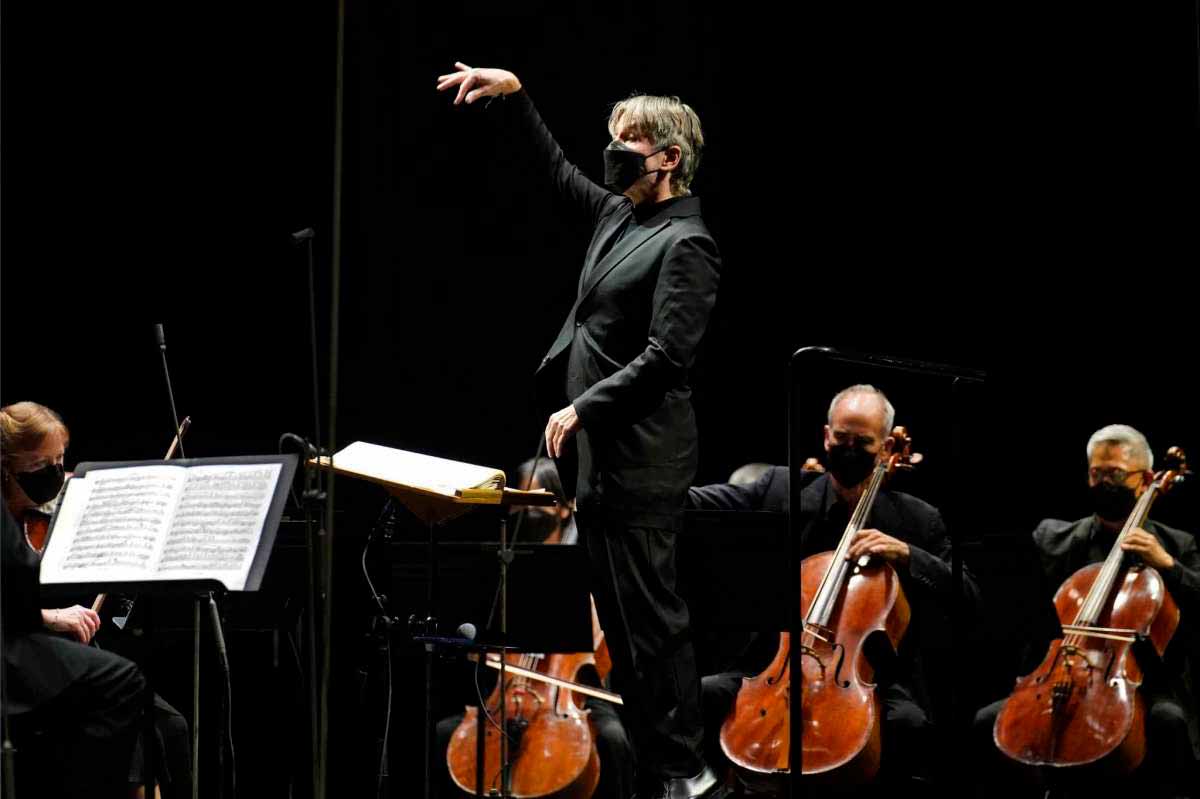 NEW YORK – Esa-Pekka Salonen took the stage to join the New York Philharmonic, which had not been together in front of an audience for exactly 400 days.

“On behalf of all of us on stage, welcome back,” the conductor told the crowd Wednesday night. “We’ve been dreaming of this moment for a long time.”

The Philharmonic gave its first public performance after a historic hiatus of more than 13 months caused by the coronavirus pandemic, playing at the Shed at Hudson Yards, about two miles from its under-renovation Geffen Hall at Lincoln Center for the Performing Arts.

There was a reduced force of 23 strings – all masked – and no brass or woodwinds for a program that lasted an hour.

The cavernous Shed, which opened in April 2019, had a masked audience of 150 people spaced in groups of one and two folding chairs, about 10 feet between each set, in a venue that usually seats about 1,200.

There were electronic tickets with timed entry, and the temperature was taken as people entered. Each person had to show a negative COVID-19 test or proof of having completed vaccination at least 14 days prior.

The last time the Philharmonic assembled before an audience was March 10 last year for an evening of compositions by Claude Debussy with mezzo-soprano Isabel Leonard and conductor Louis Langree.

Since then, at most a handful of Philharmonic musicians had played together in public, in displaced “Bandwagon” performances in the New York area and as a quartet in Florida, where there were less stringent COVID-19 regulations.