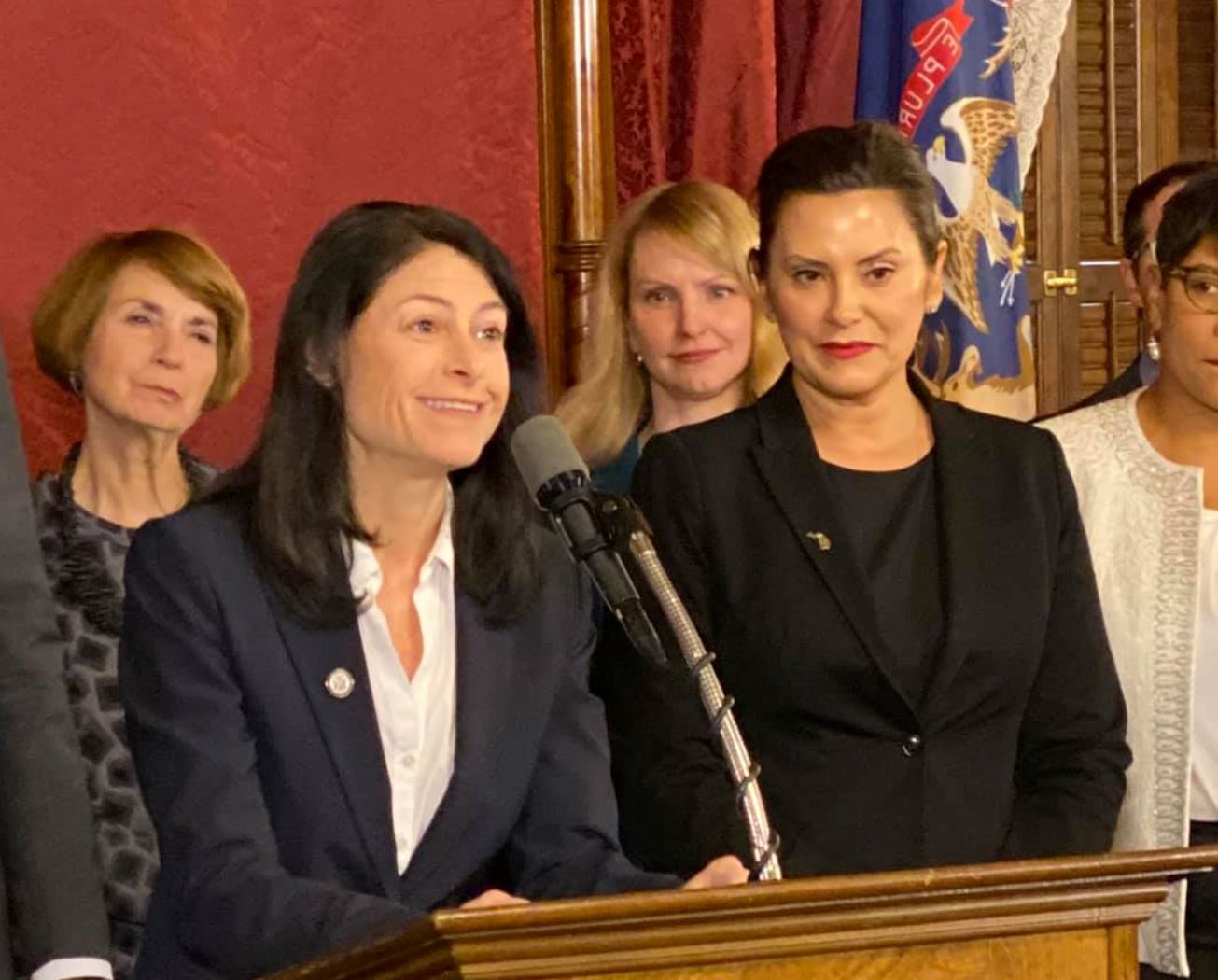 Michigan Attorney General Dana Nessel and California Attorney General Xavier Becerra are leading a coalition of six attorneys general in a court action against a rule issued by U.S. Education Secretary Betsy DeVos that would unfairly limit the ability of public schools to use federal funds provided under the Coronavirus Aid, Relief and Economic Security (CARES) Act.
Joining Nessel and Becerra on behalf of their states in filing this lawsuit are the attorneys general of the District of Columbia, Maine, New Mexico, and Wisconsin.
Attorney General with the support and coordination of governor Gretchen Whitmer filed as the State of Michigan a Complaint for Declaratory and Injunctive Relief in the U.S. District Court for the Northern District of California today over the U.S. Department of Education’s rule, issued July 1, which requires local education agencies (LEAs) to choose between two methods for allocating CARES Act funds — both of which contradict CARES Act requirements — rather than distributing the money based on Title I, Part A allocations as required in the Act.
DeVos’s rule also makes all private school students potentially eligible for equitable services funded by CARES Act money.
The issue turns on how much federal CARES Act money public school districts must share with surrounding private schools, and how public and private schools can use those funds, and whether all private school students, including affluent students, may receive services intended by Congress to benefit economically disadvantaged students. The CARES Act says that districts must provide private school students with equitable services in the same manner as required under Title I of the Elementary and Secondary Education Act. Title I’s formula for private school services requires districts to allocate money based on the number of low-income students in private schools. DeVos’s rule, however, says coronavirus relief money should be distributed based on the total number of students in any private school that wishes to participate, and that equitable services must be provided to all students enrolled, even affluent students. DeVos’s interpretation not only contradicts the plain language of the CARES Act but could mean that – in districts with large private school populations – public schools serving low-income students would receive less relief money, which would instead be diverted to their private school peers.
“Secretary DeVos has decided to use this public health crisis as another opportunity to advance her personal privatization agenda. Instead of sending relief money to the students most in need as required under the CARES Act, she has abused the Department of Education’s rulemaking power to redirect money to private schools. At a time when Michigan schools are facing an unprecedented crisis, every single child deserves the chance to succeed. But, yet again, Secretary DeVos has decided to tip the scales in favor of private schools, leaving the State’s public-school students behind,” said Attorney General Nessel.
“Our administration is committed to working with Attorney General Nessel to stand up for Michigan’s students, educators, and families to make sure our tax dollars are supporting public schools,” said Governor Whitmer.
The CARES Act was adopted by Congress and signed into law in late March. Among many other things, it allocates $30.75 billion for K-12 schools and higher education in response to the COVID-19 pandemic. A portion – approximately $13.2 billion – is distributed to State Education Agencies (SEAs), such as the Michigan Department of Education, which gets nearly $390 million. SEAs then allocate that money to LEAs, which subsequently distribute money to individual schools.
CARES Act money is designed to provide support to schools with low-income students, as it is to be allocated based on the amount of Title I funding each state and school district received in the most recent fiscal year.
“On April 30, the secretary created a formula to distribute CARES Act funds inconsistent with the CARES Act and in a way that, in Michigan, would have diverted $16 million from public schools to nonpublic schools,” said State Superintendent Dr. Michael Rice.
The CARES Act money distributed to LEAs is designated for 12 allowable purposes under the statute, most of them related to COVID-19, like personal protective equipment and technology for remote learning. A portion of the funds must be allocated to private school students in the same manner as funds are apportioned to private school students under Title I. LEAs calculate Title I distributions to private school students based on the number of low-income children attending those schools in each district.
The U.S. Department of Education published an interim final rule on July 1 to “clarify” requirements for allocating CARES Act money to nonpublic schools. Rather than allowing LEAs to follow the CARES Act’s requirements, the Department required LEAs to choose from two options — neither of which is specified in the CARES Act: distribute funds only to Title I-participating public schools and calculate a share for equitable services based on low-income enrollment but be subject to additional funding limitations, or distribute funds based on total student enrollment in public and private schools, regardless of student need.