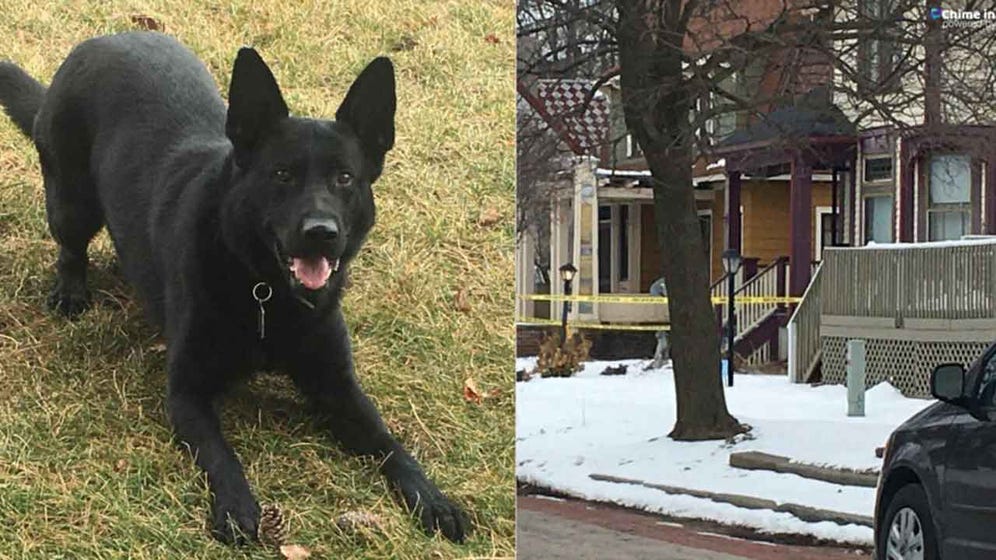 by The Associated Press.

SAGINAW, MI. – Police officers fatally shot a man who stabbed a police dog in the head during a hostage situation at a home in a mid-Michigan city, law enforcement officials said.

“Officers in Saginaw were responding to a reported domestic disturbance that became a hostage situation at the house in Saginaw Sunday morning when the shooting happened,” Chief Robert Ruth said.

About 15 to 20 minutes after arriving, officers rescued a male hostage from the home, Ruth said. The 48-year-old suspect then stabbed a police dog in the head with a knife, prompting officers to fire on the suspect, killing him, he said.

The man was pronounced deceased at the scene, said Lt. Jim Lang of Michigan State Police, which is investigating the shooting.

Authorities had not released the man’s name as of Monday morning.

The police dog, Deebo, was rushed to a veterinary hospital and is expected to survive, Ruth said. He called for “thoughts and prayers” for the German shepherd, which is trained in tracking and sniffing out narcotics.

“We would like everybody to give your thoughts and prayers to Deebo so that he has hopefully a good safe recovery in the future from his injuries,” Ruth said.