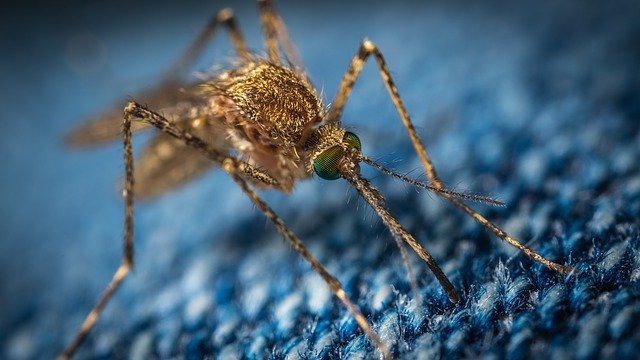 The first West Nile virus activity for Michigan in 2020 has been reported in a captive hawk from Lapeer County. Residents are reminded that the best way to protect themselves against West Nile virus and other mosquito-borne illnesses, including Eastern Equine Encephalitis, is to prevent mosquito bites.
Every summer in Michigan, bites from mosquitoes carry the risk of spreading diseases to people and animals. Last year, West Nile virus (WNV) sickened 12 Michiganders, and 20 animals and birds.
It only takes one bite from an infected mosquito to cause a severe illness,” said Dr. Joneigh Khaldun, MDHHS chief medical executive and chief deputy director for health. “We urge Michiganders to take precautions such as using an EPA-registered insect repellent when outdoors.”
Although WNV is common in Michigan, in 2019 the state experienced the worst outbreak of Eastern Equine Encephalitis (EEE) virus ever recorded. There was EEE activity reported in 20 Michigan counties, with 50 cases in animals and 10 people infected with EEE, including six deaths. Nationally, 26 states reported EEE activity, with 38 human cases and 19 deaths occurring in 10 of those states. To date, there has not been EEE detected in Michigan, however this virus is typically detected later in the summer.
Symptoms of arbovirus infection, like WNV, typically include a high fever, confusion, muscle weakness and a severe headache. More serious complications include neurological illnesses, such as meningitis and encephalitis.
WNV and EEE are transmitted through the bite of a mosquito that has picked up the virus by feeding on an infected bird. Most people who contract the virus have no clinical symptoms of illness, but some may become ill three to 15 days after the bite of an infected mosquito. As summer temperatures rise, mosquitoes and the virus develop more quickly so it is important to protect yourself from mosquito bites as weather warms.
Mosquitoes that transmit West Nile virus may breed near people’s homes in storm drains, shallow ditches, retention ponds and unused pools. They will readily come indoors to bite if window and door screens are not maintained.
The best way to prevent West Nile disease or any other mosquito-borne illness is to reduce the number of mosquitoes around your home and to take personal precautions to avoid mosquito bites. Precautions include:
• Using EPA-registered insect repellents with one of the following active ingredients: DEET, picaridin, IR3535, oil of lemon eucalyptus or para-menthane-diol or 2-undecanone; follow the product label instructions and reapply as directed.
o Don’t use repellent on children under 2 months old. Instead dress your child in clothing that covers arms and legs and cover crib, stroller and baby carrier with mosquito netting.
• Wearing shoes and socks, light colored long pants and a long-sleeved shirt when outdoors.
• Making sure doors and windows have tight-fitting screens. Repair or replace screens that have tears or other openings.
• Using bed nets when sleeping outdoors or in conditions with no window screens.
• Eliminating all sources of standing water that can support mosquito breeding around your home, including water in bird baths, abandoned swimming pools, wading pools, old tires and any other object holding water once a week.
For information about the current WNV and EEE activity in Michigan, visit Michigan.gov/emergingdiseases. A summary of Michigan counties in which arbovirus infection has been detected in mosquitoes, animals and people is included.
Most Michigan counties do not have local level mosquito surveillance and control. As a result of the EEE outbreak in 2019, Kalamazoo and Calhoun counties will be working with Michigan State University, the Midwest Centers of Excellence in Vector-borne Disease, and the Michigan Department of Health and Human Services to develop a new surveillance system for EEE in southwest Michigan. This effort aims to improve knowledge of the ecology of this disease in our state, establish meaningful surveillance based upon mosquito populations, develop better ways to combat EEE, and prevent future outbreaks of disease.