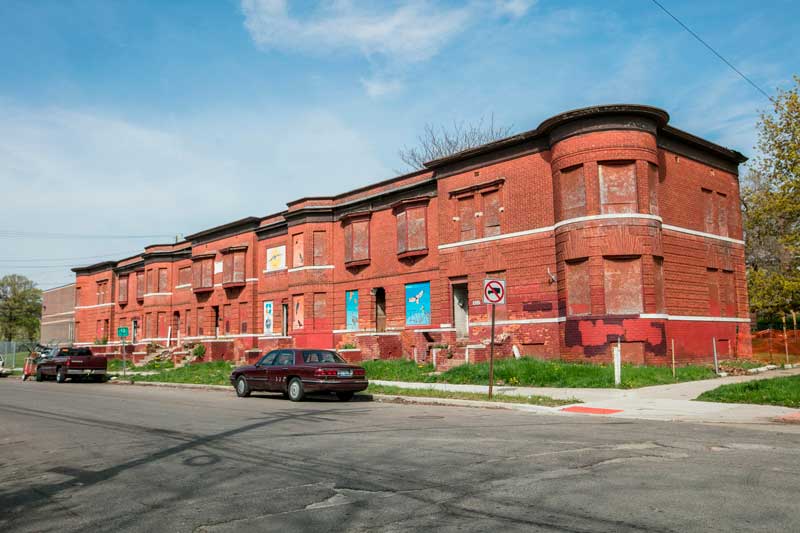 An abandoned historic structure will be redeveloped in Detroit’s Hubbard Farms neighborhood in Mexicantown as part of the city’s Strategic Neighborhood Fund initiative.

The Murray – Hubbard Farms, located at 4004 Porter St., will undergo a total renovation and become 12 units of modern, efficient housing across 16,404 square feet, including 25 percent of the units being offered as affordable housing at 60 percent of the average median income.

Mayor Mike Duggan and others developers are involved in the effort to renovate the 16,404 square-foot building at 4004 Porter St. in southwest Detroit The Hubbard Farms neighborhood is one of 10 included in the mayor’s $56 million Strategic Neighborhood Fund initiative.

In conjunction with Southwest Housing Solutions, Real Estate Interest LLC will transform The Murray and restore the building to its rightful place as a landmark of the neighborhood while maintaining its historic character.

The project will cost about $4.57 million and is slated for completion in spring 2021. Duggan said the renovation of the Murray building will join other revitalization efforts nearby, including investments in Clark Park and Riverside Park and renovation along Bagley Street in Mexicantown.

Latin Talents: the story of Salvador Enriquez, the owner of Carniceria Guadalajara.