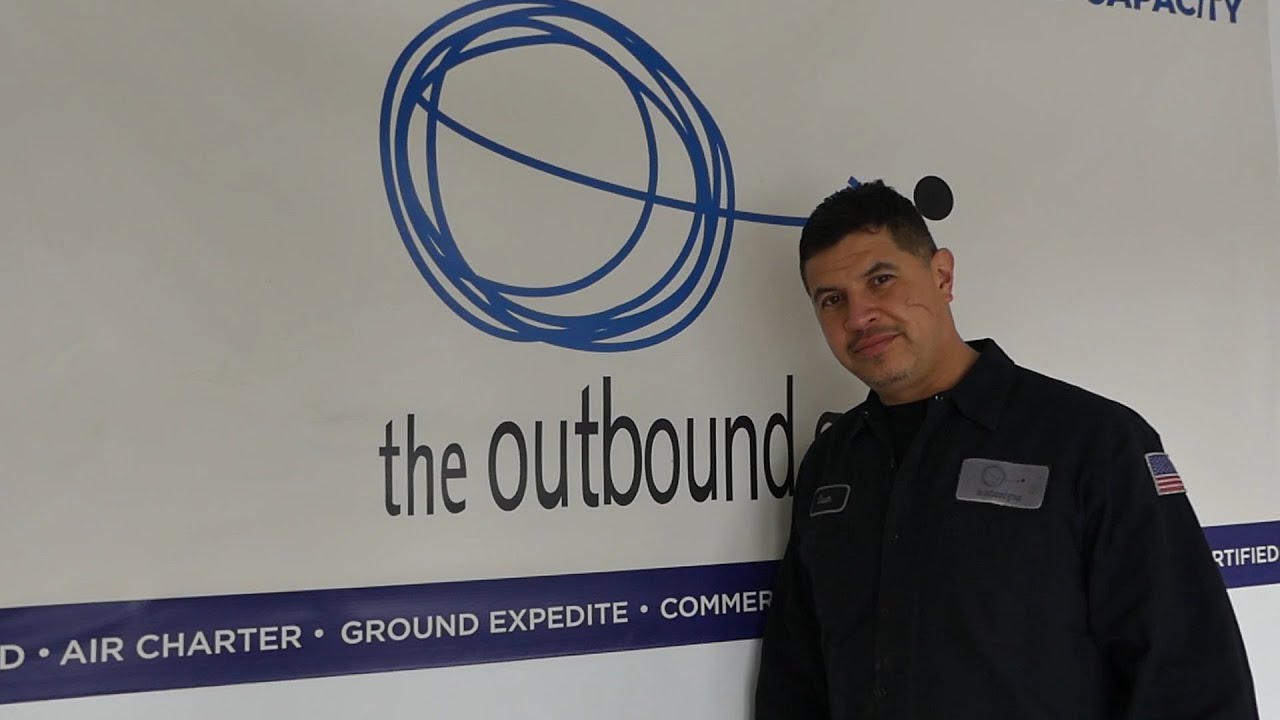 In Talentos Latinos, we feature the story of César Redondo, a Colombian immigrant, who with effort and dedication, started the company The Outbound Group – Redondo Transportation in Romulus, Michigan.

Although the arrival of César Redondo to Michigan was not the most pleasant experience, the effort and tenacity of this immigrant allowed him to overcome many obstacles and become a successful Hispanic businessman today.

“I arrived here almost 30 years ago after leaving Colombia. My first night in the United States was behind a garbage container.” At that time, César was 20 years old and didn’t know anyone in the country. The people who were picking him up, some friends of his grandmother’s, never showed up.

After spending the night behind a garbage can, he began to wander the streets, and a Mexican taxi driver suggested him to look around the Russian auto repair shops, where he could find employment. “I started looking for a job as a mechanic because it was the only thing I knew.”

After two days, he managed to get a job in an auto shop where the owner was a Russian named Vladimir Petrovic. “A very nice Russian man gave me the opportunity, and I started to work hard, cleaning toilets, doing everything. Of course, I also worked welding and doing mechanics”, recalls César.

His positive mindset and his longing to get ahead were vital. “I didn’t care what I had to do; I just wanted to get ahead.” He learned a lot from the places he worked, which were the basis for getting a job at General Motors, where he made it to supervisor.

His work experiences either at the auto repair shop, in Waste Management, or at General Motors, were crucial knowledge that he managed to put into practice when setting up his own company, and later, moving the business forward. “Thank God, it’s already been six successful years of Outbound Group – Redondo Transportation.”

He says he’s gotten many blessings from this country. He even had the chance to be part of a program at Stanford University, called Latino Entrepreneur. “Although it has not been easy, I have been blessed,” recalls Redondo nostalgically.

He highlights that the key to his success is hard work, but also that he was taught from a young age to work with his hands. “My dad had a forklift workshop in Colombia, and on vacations, I always went there to work. That has been one of the bases of my success here in the United States.”

He never forgot what his purpose or goal was in this country. His father, he says, always suggested him to adapt to the country, the culture and language. “My dad used to tell me: never forget that you are a guest in that country. Always act like one of them, respect the people, respect the culture.”

That advice from his father was the reason he enrolled in the Navy. “I wanted to feel part of this country, and I wanted to give something back because the country has given me many opportunities and many blessings. I wanted to earn my right to be here”.

César enlisted in the Navy, where he had a very successful career. With much effort and hard work, he was promoted to the rank of Petty Officer Second Class. He also went to the Gulf War in Kuwait near the Iraqi border. Although it was a war, he has fond memories of those times.

His reason for success in life has always been seeing the positive side of things. “I have always liked to see the best in things. I think there is something to learn even from the negative; When you are in an awful situation you have to think: what can I get out of this situation, what can I learn,” he emphasizes.

Cesar ends with a message to all Latinos: “Never forget where you came from, no matter how far you’ll get here in the US, or what position you achieve, always keep your feet on the ground, stay humble and try to help others. Never worry about who is going ahead, worry about who is going behind. The one who goes behind prays to God for what you have given. Appreciate what you have and never give up”, he concludes.