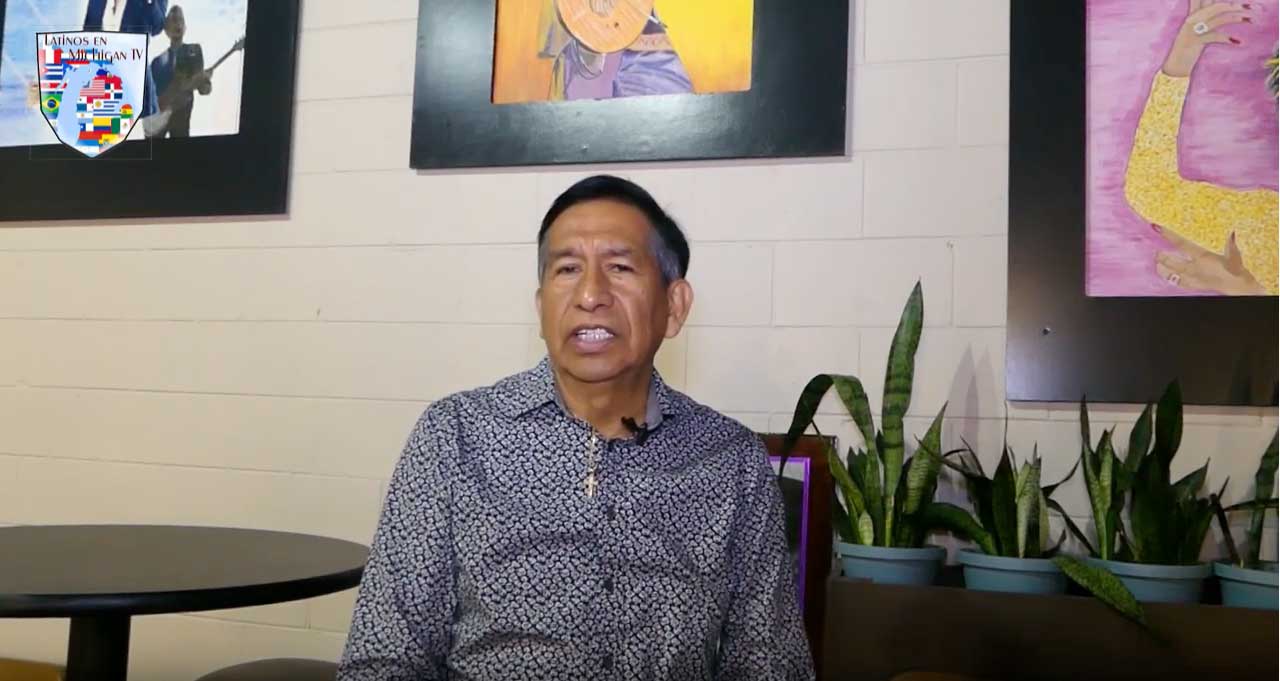 Although Mr. Adrián Iraola was featured in national and international news for facing a moment of racial discrimination, this does not question his magnificent history of entrepreneurship.

Adrián made headline news when parents in Saline, Michigan, came together to discuss racial tensions in the school community. At the meeting, a white father – called tom Burtell – interrupted Iraola and blurted out, “Why didn’t you stay in Mexico?”

Several parents condemned Burtell’s comment, shouting: “You need to leave” and “That’s disgusting.” Once the crowd calmed down, Iraola answered the question. “Why didn’t I stay in Mexico? Because this is the greatest country in the world.

Latinos En Michigan TV spoke with Adrián Iraola about this incident, his life in the United States and how he achieved success with his venture:

“I arrived here in 1980; I emigrated legally. I came here, I did my papers, and started working for the local government doing inspections as a project engineer. I retired after 25 years of service to the city of Ann Arbor,” he says.

Many don’t know that this Hispanic entrepreneur, with effort and dedication, started the Chela’s restaurants close to Ann arbor, allowing many people to have a decent job.

“I started the restaurant almost ten years ago.” He says the idea came out of the restaurants his father had in Mexico City. “He had parking lots, where he used to put small stands to sell tacos and cakes. The business went quite well because in Mexico City’s downtown many pedestrians walk around.”

That was his inspiration to offer people in Ann Arbor this kind of food, as 30 years ago the food in the area was not “originally” Mexican. “There wasn’t much Latin food here, there was one or another restaurant that was – what we call – Tex Mex, but there was no real food from Mexico City.”

When he retired, he came up with the idea of ​​opening the taqueria. From the first day Chela’s started very well, now they have expanded and they have three restaurants. Two in Ann Arbor and one in the city of Dexter.

Despite the bitter moment featured in several national and international media, Mr. Adrian Iraola received great support from the community of Michigan and the rest of the country.

Lots of people from other places have come to visit the restaurant.  They heard about Chela’s due to the incident and started coming to show their support.

“We have had a lot of support. Many people have come to speak against racism. People have come from long distances, and don’t even come to eat anything, rather to show their support.”

Ford is working with 3M and GE to deliver respirators, ventilators and face shields to hospitals on coronavirus emergency

This incident, however, has been very painful, says Adrián. “It opened wounds that were already closed. People came to share their pain and the incidents they or their families have endured. They tell us the stories and begin to cry with such a feeling that it is impossible not to cry as well.”

Adrián says that all these stories have affected him a lot; it disrupted his sleep and even made him change priorities. “I think the best learning this provided me is to be a better person, to become more aware of how we treat each other, which is something very positive.”

Iraola invites the Hispanic community to be united. He gives us two important messages. “First, I beg the entire Latino community to get together, to stop being apart for incoherent reasons as being from different countries or regions. We must eliminate those barriers because together, we can achieve more things. We must get organized because we are too many, and we can achieve several things for ourselves and our children.”

And he concludes: “people must understand that it is not acceptable to be belittled or insulted. A message of love I want to give out to all of you is that nowadays there is more acceptance and friendship, and therefore a better future for all of us. Thank you”.