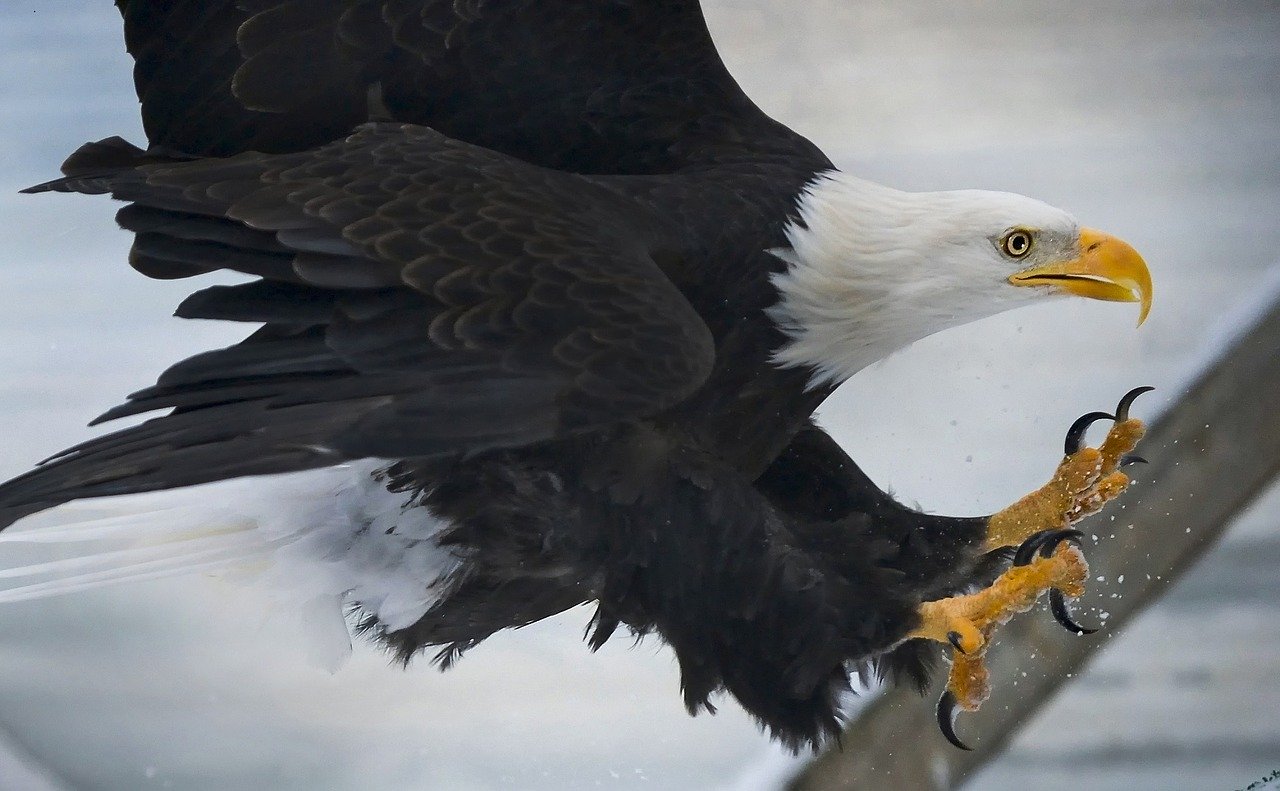 An Upper Peninsula bald eagle launched an airborne attack on a drone operated by a Michigan Department of Environment, Great Lakes, and Energy (EGLE) pilot last month, tearing off a propeller and sending the aircraft to the bottom of Lake Michigan.

The brazen eagle vs. EGLE onslaught took place near Escanaba in Michigan’s Upper Peninsula on July 21 when EGLE environmental quality analyst and drone pilot Hunter King was mapping shoreline erosion for use in the agency’s efforts to document and help communities cope with high water levels.

King had completed about seven minutes of the mapping flight — his fourth of the day in the area — when satellite reception got spotty. He pressed the “Go Home” recall button. The drone dutifully turned, reacquiring a strong satellite feed.

King was watching his video screen as the drone beelined for home, but suddenly it began twirling furiously. “It was like a really bad rollercoaster ride,” said King. When he looked up, the drone was gone, and an eagle was flying away. A nearby couple, whose pastimes include watching the local eagles attack seagulls and other birds, later confirmed they saw the eagle strike something but were surprised to learn it was a drone. Both King and the couple said the eagle appeared uninjured as it flew from the scene of the crime.

The couple joined King in a search, but hours of scouring the shoreline were fruitless. Several days later, armed with telemetric data from the flight that pinpointed exactly where the drone hit the lake — 150 feet offshore in four feet of water – EGLE Unmanned Aircraft Systems coordinator Arthur Ostaszewski brought a kayak and snorkeling gear to the search. With near-zero visibility in water darkened by tannin, Ostaszewski scrapped the snorkel and instead walked a grid pattern shuffling his feet for two hours in soft muck (“like I was playing Battleship and wanted to cover the entire board”). He too was luckless, abandoned the search when lightning began to accompany a cold drizzle.

The drone, a $950 Phantom 4 Pro Advanced, is no longer in production, and will be replaced with a similar model.

Data from the flight records detailed the drone’s final moments:

The attack could have been a territorial squabble with the electronic foe, or just a hungry eagle. Or maybe it did not like its name being misspelled. EGLE’s drone team is considering steps to reduce the possibility of a repeat attack, including possibly using “skins” or other designs on the aircraft to make them look less like seagulls.

Eagle populations have rebounded in Michigan. A 2019 U.S. Fish and Wildlife Service survey showed 849 active nesting sites In Michigan, up from a low point of 76 nesting sites in the 1970s.

EGLE reached out to the Michigan Department of Natural Resources to see if it might issue a citation or violation notice to the rogue eagle. A spokesperson said the agency has no mechanism or authority to issue corrective action notices to individual, non-human wildlife, noting it would likely take an act of the legislature to do so. Even then, it might be subject to a legal challenge. “Unfortunately, there’s nothing we can do,” the spokesman said. “Nature is a cruel and unforgiving mistress.”