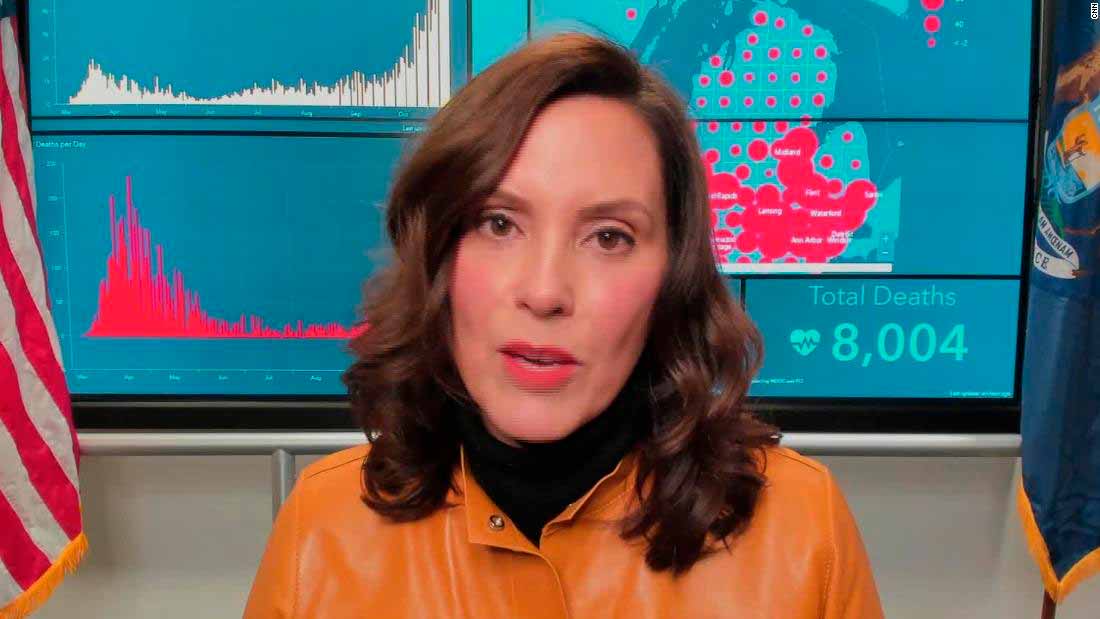 CNN Situation Room host Wolf Blitzer pointed to California’s recent announcement the state would reopen on June 15 and asked if Michigan would be able to make a similar announcement soon.

“I think there may be a path out of a lot of the orders that we’ve had to issue to keep people safe, but it all depends on getting to that 70% number,” Whitmer said, referring to the collective immunity the population has when that many people are vaccinated.

“…If we’re successful and people come in and do their part, we could very well be in that position this summer,” Whitmer said.

Right now, according to state data, 1.8 million Michiganders are fully vaccinated, just under 23% of the population. And 2.9 million Michigan residents — 37% — have gotten at least one dose.

State officials, including Whitmer, have focused on getting 70% of the eligible population vaccinated to reach a level of societal immunity from the coronavirus.

But the picture on the ground in Michigan right now isn’t optimistic. The state is averaging 5,931 new COVID-19 cases per day and 31 new deaths per day over the last week.  And hospitalizations are rising. Last week, more than 1,000 people were hospitalized due to COVID-19, and four hospitals are at 100% capacity.

Whitmer attributed the increases to new variants. “We were able to really push our infection rate down so low for such a long period. Now that variants are present here, we have lots of people that don’t have antibodies because we were successful,” Whitmer said.